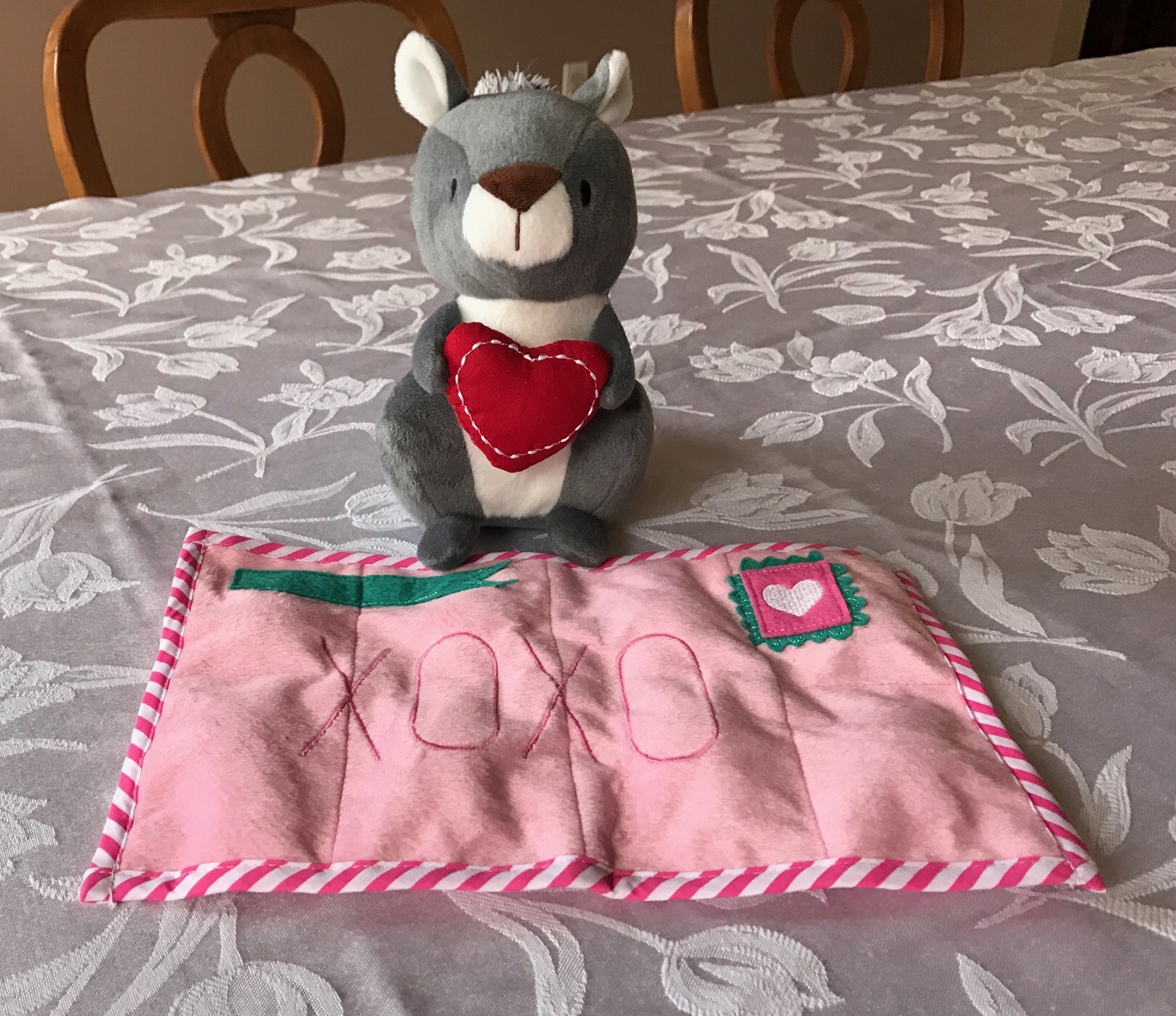 While I was online shopping on the Target website, I came across some new Valentine’s day dogs toys. A squirrel holding a heart and a Valentine’s day letter caught my eye and I immediately added them to my shopping cart.

The squirrel is made of a soft fabric. The body is filled with Poly-fil and inside the body is a squeaker. The tail is made of material as well but it is more fluffy. Inside the stuffing of the tail is a crinkly material that makes a crunchy noise when you put pressure on it. This is a perfect toy for a dog who loves to play with plush toys. The squeaker and crunchy noise will keep your pet occupied. This toy would not last long for an aggressive chewer though. Always disgard any toys that get ripped apart because they could be eaten by your pet and lead to tummy issues.

The letter is made of soft material and doesn’t have any filling. Inside the letter is squeakers. There is four on the top and four on the bottom. The sqeakers are in their own section, they are seperated by stitching. It is a larger size toy great for a medium or large dog. This toy is made a litle bit more sturdier and has extra stiching with binding fabric around the edges of the envelope. The decorations on the envolpe are made of a felt material and are stiched onto the envelope. It may last a little bit longer for a dog who likes to chew toys.